Already a month into their fifth tour supporting After Laughter, Paramore have taken their fifth single off the album to showcase in a music video as bouncy as the track itself. “Caught In The Middle” was directed by Computer Team who worked previously with the band to create their fun, colorful, geometric visuals for their videos and previous tours for After Laughter.

In addition to the video, Paramore have also announced a special off-concert event taking place in their hometown of Nashville, Tennessee. In a press release written by Hayley herself, the event is said to be them throwing a party for the whole city versus a homecoming party for themselves as they wrap up the touring cycle for After Laughter.

We want to celebrate our hometown and the fast growing, wacky and wonderful alternative music and arts community of Nashville. We want to show you what our fine city has to offer, outside of bachelorette parties and karaoke bars.

The line-up includes all Nashville based artists, including Paramore, COIN, Canon Blue, Bully, Liza Ann and Nightingale. Include will be a ton of local art, independent business owners, and local food and beverages.

Take it from a group of kids who grew up right here in this city – the new Nashville is definitely alright with us. We’re excited to give everyone a chance to experience Nashville the way we do.

You can check out the event via: artandfriendsnash.com – and while tickets went on sale on June 29th, they are still available! Don’t miss out! 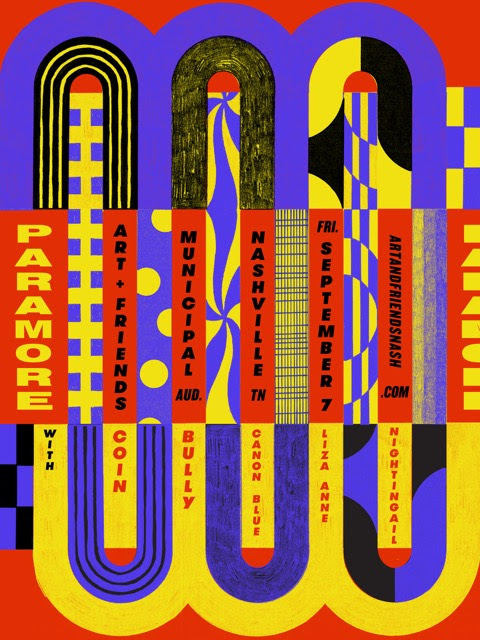 Also, don’t miss out on your last chance to catch Paramore as they wrap up their AF touring cycle. Their final tour dates for this month are listed below.